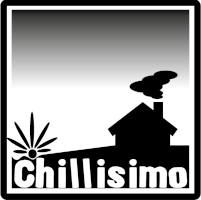 We as Chillisimo are often asked about the legal situation regarding cannabis here in Spain and of course especially on the Canary Islands, we decided to give you a short outline of the situation here.

Is smoking weed legal in Spain?

First of all, Spain has a completely different social relationship to smoking weed than in other European countries. The use of cannabis has always been more accepted and has never been demonized by the population to the extent that it has, for example, been and is still the case in Germany. Even older people like to sit here with a pipe or a joint in front of their little houses in the village and enjoying the evening sun. Smoking weed is not worse than drinking a glass of wine. However, cannabis is still not completely legal in Spain. The Spanish law prohibits cultivation and trade cannabis for commercial purposes. Cultivation for personal use and consumption (as long as it does not take place in public) are tolerated.

Visit the Cannabis Social Clubs in Fuerteventura with us

We as Chillisimo want to introduce you to the culture of Cannabis Social Clubs in Fuerteventura. On this alternative cannabis tour the motto is “Chilling with friends”!

Find out more about the Cannabis Club Tour on Fuerteventura

The toleration of cannabis has not led to the introduction of coffee shops in Spain, but to the creation of the so-called “Cannabis Social Clubs”. In these clubs, consumers are growing cannabis collectively for self-sufficiency and without commercial purpose. Since therefore a trade is excluded, there is no legal basis against such clubs in Spain and meanwhile, many hundreds of clubs have set up to provide themselves with their favourite treats. Also on the Canary Islands, there are already many Cannabis Social Clubs with sometimes over 1000 members – and the trend is upwards. The selection and quality of products has also improved dramatically in recent years. Thus, the products produced here such as weed, hashish, BHO, oil and much more can keep up with their competitors from the Netherlands or overseas.

We urgently advise against conspicuous or even importunate consumption in public. There are some Spanish law enforcement officers who are not amused about such behaviour, which can lead to serious fines. However, if you have a bit of sense for the country and its people, you will always find a nice spot where a sweetish scented cloud will not bother anybody and you can chill in peace. Just like everywhere else in the world, it’s just a matter of empathy and sensitivity, then you will definitely have your peace to enjoy the excellent cannabis products.